So normally I wouldn't talk about Ein, because he's kind of a jerk, but he got nooootered today and so he's not feeling too good. On top of that, he got weighed at the vet's and is *drumroll* ... 54 pounds! Yikes!

But don't worry about ol' Ein - he's quite robust and *whispers* less fat than he was! It was kind of a boring winter but now that the sunshine is out, we'll get lots more walks and hikes and moseys in. Besides, I'm a 16.5 pound chihuahua! We're just a house where everyone is larger-than-life! Hahaha!

I thought I'd put some pictures up of Ein so you can see he does have legs and isn't completely round, to put your fears at ease... 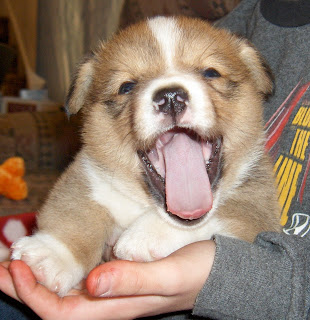 This is Ein as a baby, the picture that made the people go, "That's the one we've been looking for!" As you can see, he was quite roly-poly from the beginning. 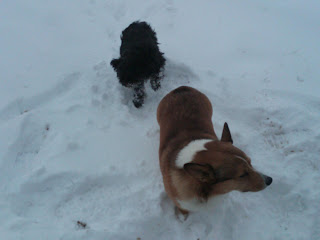 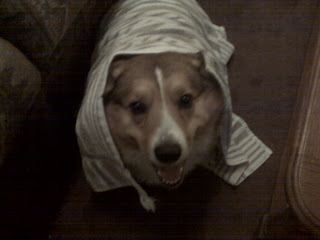 He is healthy enough and has plenty of energy to be a total dork! 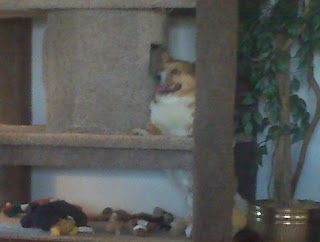 He's quite athletic trying to climb the cat tree, don't you think? 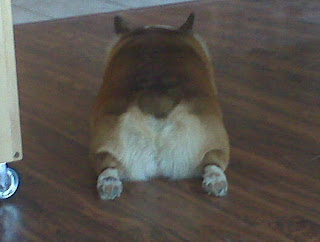 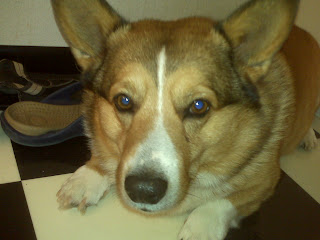 Revised: Okay, so once The Mom heard about this blog post, she insisted we add her favorite Ein pictures: 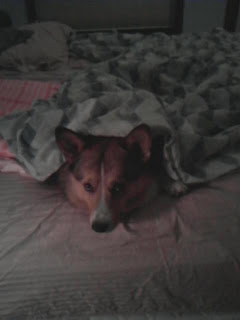 The Mom went to bed one night and found Ein had already tucked himself in! 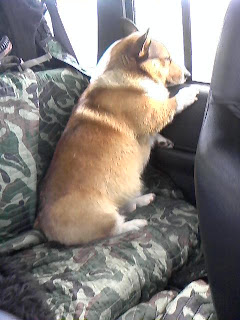 Ein has listened to too much hip-hop - he's "riding dirty."
Posted by blindmaximus at 5:42 PM