I hope everyone had a great Christmas. For my pals that don't celebrate it, I hope you had a great day and happy holidays. 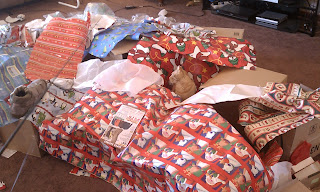 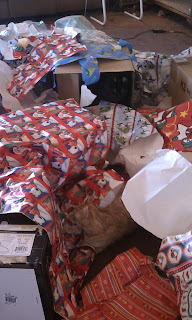 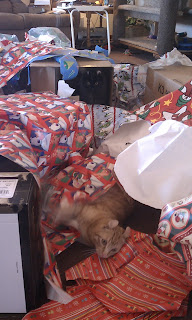 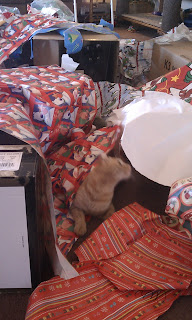 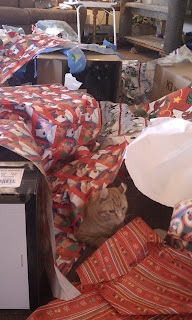 Girl wasn't going to do presents for us this year because we really do have plenty of stuff. However, at the last minute she caved and got a few things. Normally she would buy things from our pals' stores like dogtoys.com, cattoys.com, or nipandbones.com. But she got stuff from Amazon this time because she gets free 2-day shipping and she left it til the last possible second.

Ein eats a lot and fast, so after careful research she got him this DogPause bowl

The cats (and the rest of us, because we share) got this fancy-schmancy fountain. Part of the reason she chose this one is because a) people seemed to really like it; b) it holds a lot of water which is good because we dogs drink a lot; c) she figured if we hated it, it's pretty enough she could use it as a water feature at her office.

And then for Wickie's sore joints, she got this special raised feeder. I think maybe Wickie was expecting treats or toys or something because she didn't seem very excited about it and I think it kind of hurt the Girl's feelings (Wickie got a shorter one than in the picture, of course)

What did I get? Well, I have lots of toys. And I get lots of treats. So instead of buying me something, we decided to use my Christmas budget for #pawpawty donations. But I did get lovely cards from a lot of pals and I did get a present or two from them. :)

So that is my official Christmas Report...Maximus Claus, over and out til next year! 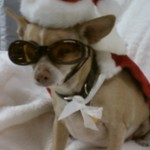 Posted by blindmaximus at 11:49 AM